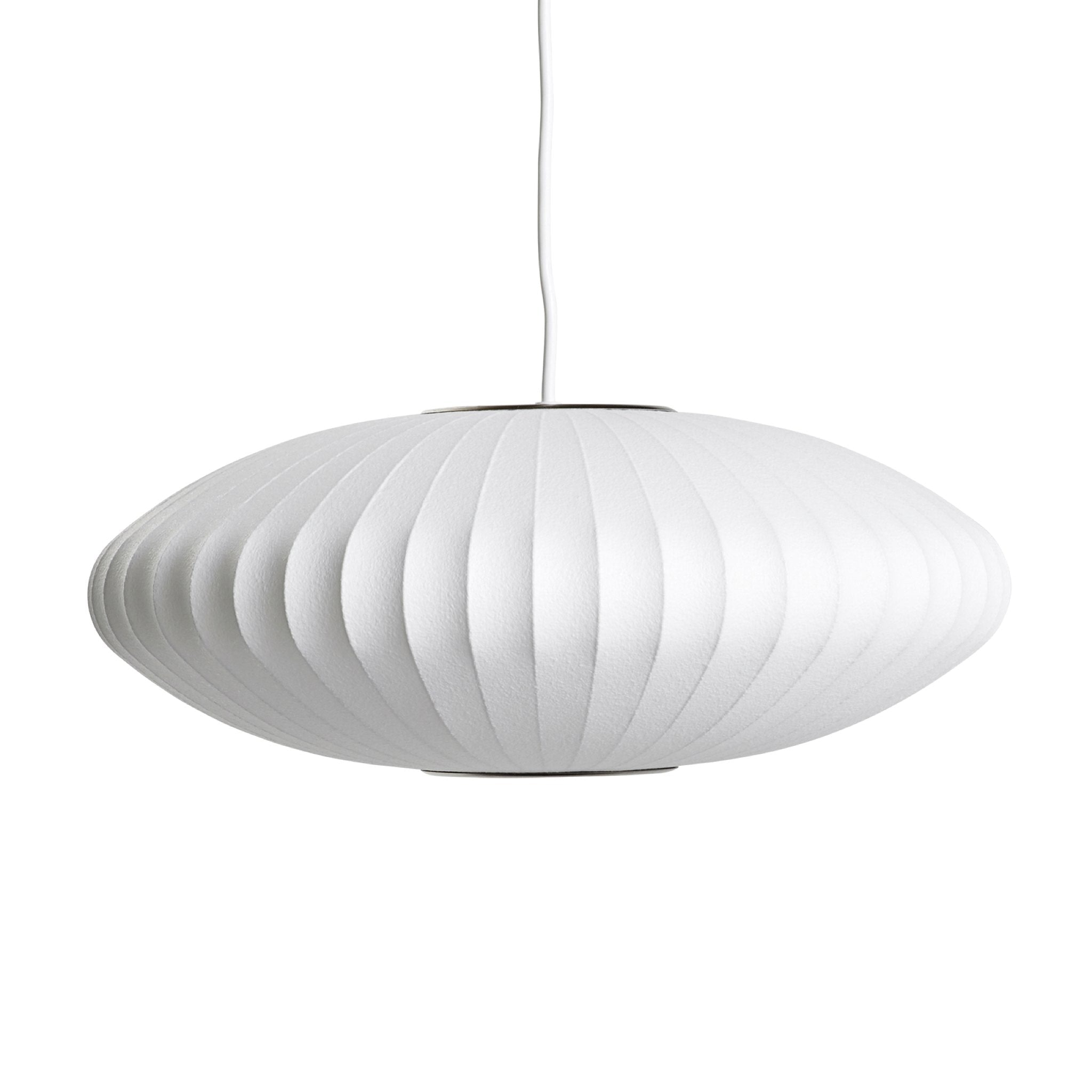 Designed by George Nelson. These sculptural lights consist of a rubber impregnated fabric forming a strong but translucent covering over the metal framework.

First designed in 1947 the Bubble Lamp is featured in the permanent collection of the Museum of Modern Art in New York.