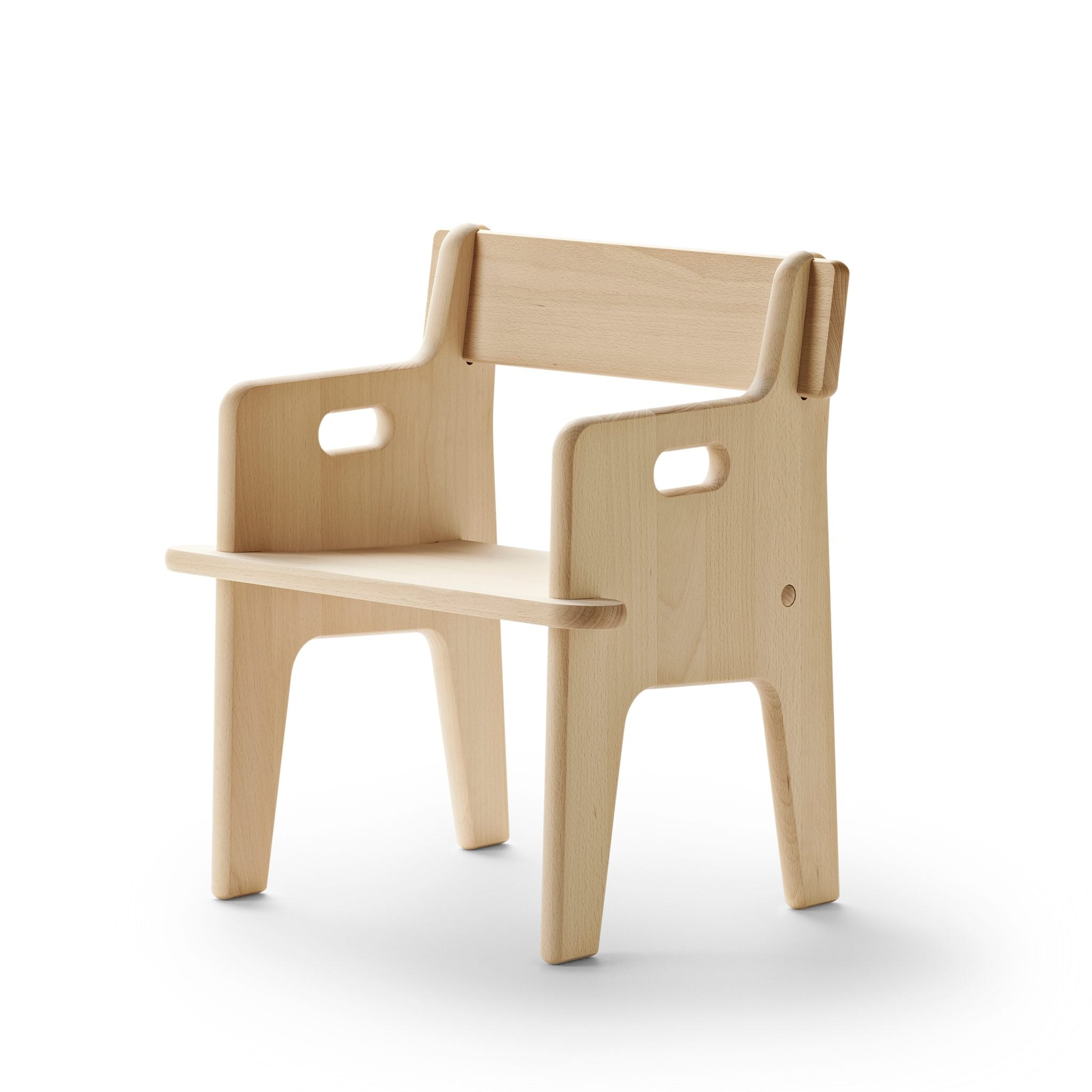 Designed by Hans J Wegner. Hans J. Wegner designed Peter’s Chair as the perfect gift for a friend’s son several decades ago. The 1944 chair has remained a cherished classic for children’s rooms and continues to offer the ultimate combination of carefully considered design and an engaging toy.

Sturdy and safe, it's made from four pieces of wood that can be assembled and disassembled again and again - no tools are necessary.