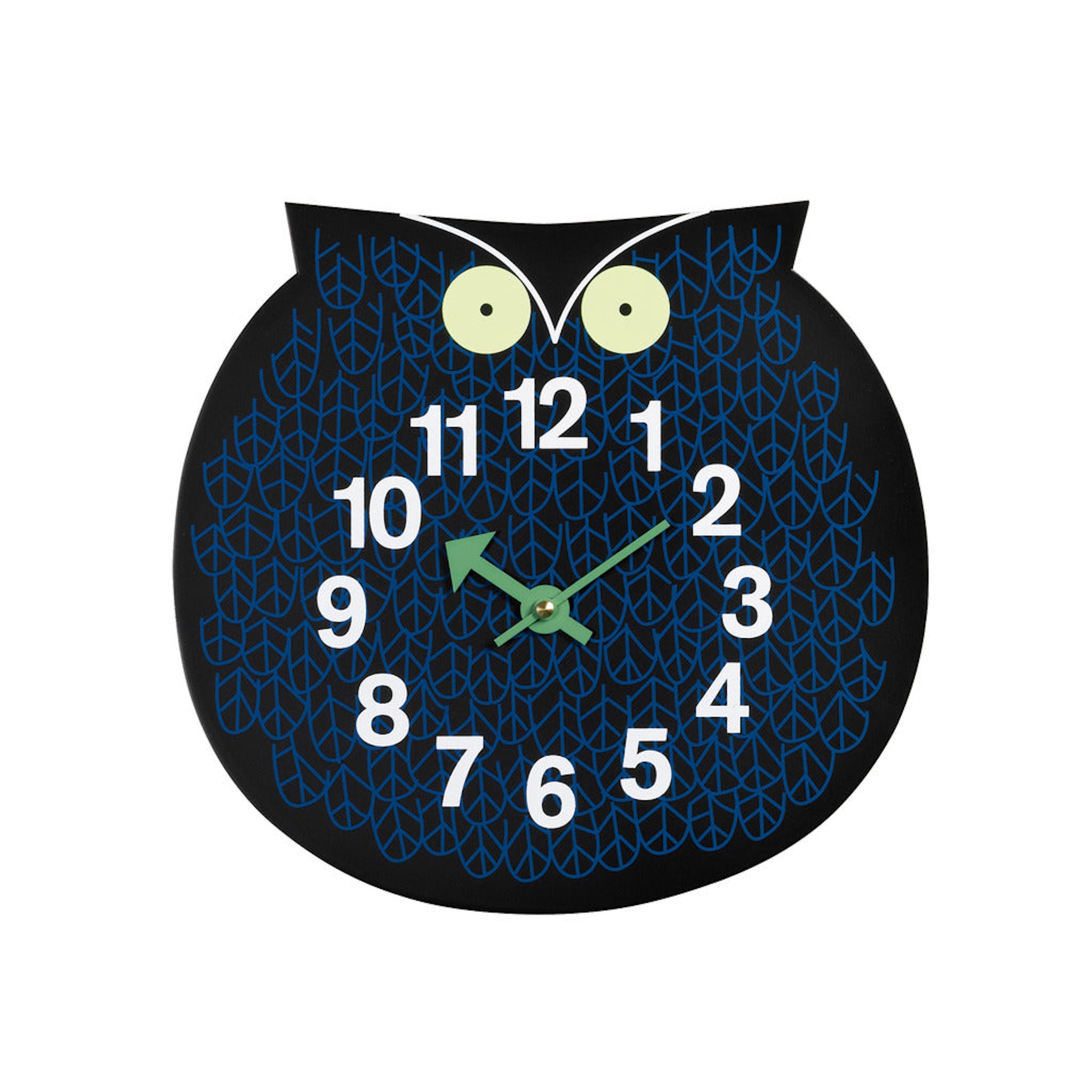 Designed by George Nelson. As a truly multi-talented designer, George Nelson was also successful as a graphic designer. His Zoo Timers - strongly colourful personalities from the animal kingdom - contrast sharply with his sculptural wall clocks from the 1950s thanks to their graphic touch. The Zoo Timers offer children a playful and enjoyable approach to telling the time. Collection Vitra Design Museum.