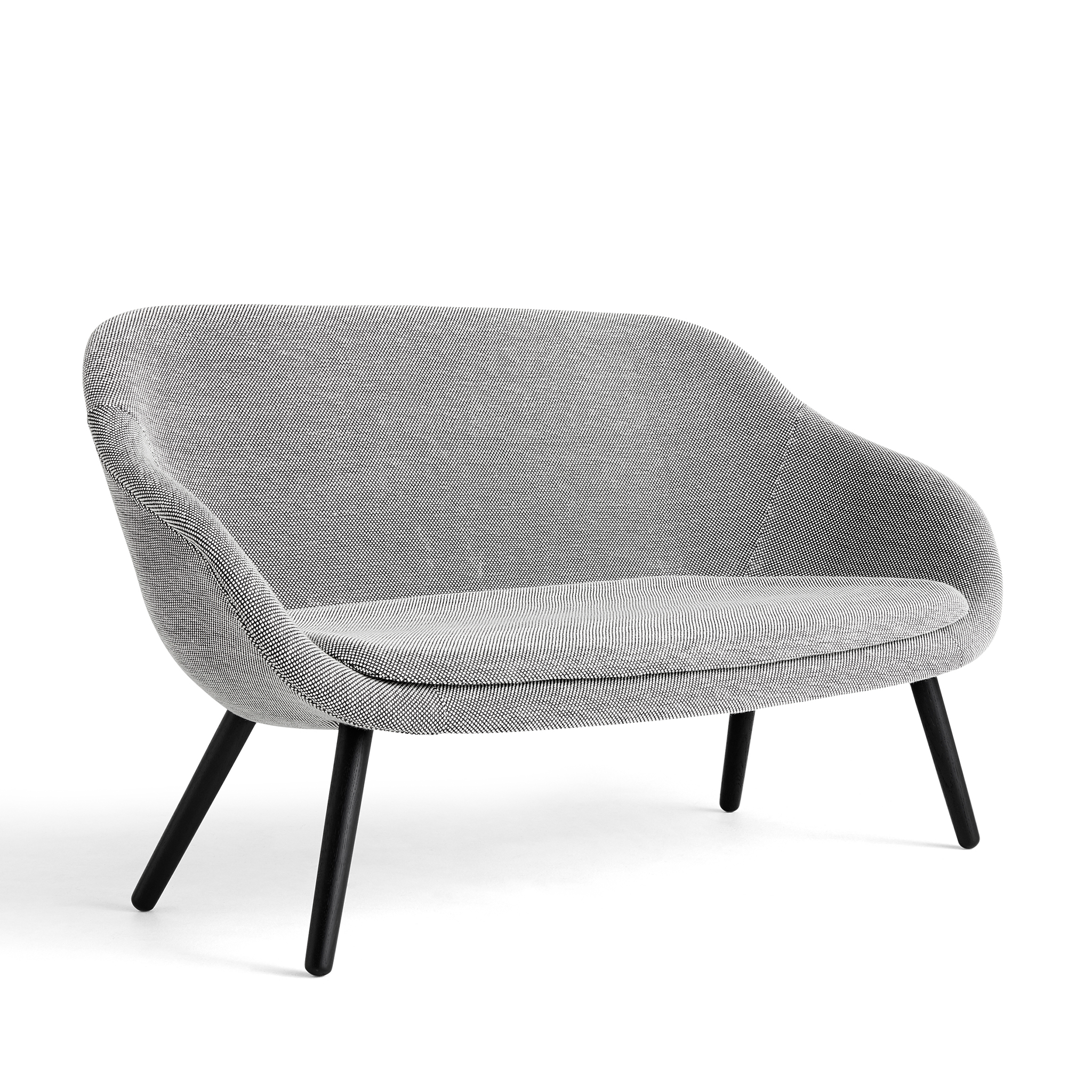 Designed by Hee Welling. Sharing the same minimalistic principles and versatility as the rest of the series, About a Lounge Sofa is a cohesive fusion of two lounge chairs. With its curvy lines and organic expression, it invites close, intimate meetings at the same time as it offers an open and welcoming structure. The choice of oak finishes on the legs and upholstery colours and combinations allow you to create your own unique design. Incl. fixed seat cushion mounted with Velcro.

Made to order in a wide choice of fabric types and colours (see a list under ‘Details’). Fabrics are priced in ‘Groups’. Simply select the appropriate price Group and then add a note of your fabric choice at checkout or email us.

Hee Welling is a Danish furniture designer who founded his own studio in Copenhagen in 2003. Welling has received a number of design awards, including the Bo Bedre Award (Denmark), Good Design Award (USA) and has been nominated as the Danish designer of the year in both 2013 and 2014.

Welling is the son of a cabinetmaker, and his fascination with production techniques, materials and machinery was fired as a child. He went on to study at The University of Art and Design in Helsinki, and received his master’s degree in furniture design from The Royal Danish Academy of Fine Arts (where he is also now a design tutor).

His design ethos is centred around the idea of creating technically accomplished products that can reach a wide audience. His work is characterised by a great sense of proportion and quietly elegant looks. Danish design brand HAY was founded by Rolf and Mette Hay in 2002 with the ambition to create contemporary furniture with an eye for modern living and sophisticated industrial manufacturing. Hay is part of Nine United, a private group of companies headed by Troels Holch Povlsen.

Through a commitment to the design and production of furniture and accessories with an international appeal HAY strives to make good design accessible to the largest possible audience.

Inspired by architecture and the dynamics of fashion, combining durable quality products that provide added value for the user. HAY’s continued vision is to create straightforward, functional and aesthetic design in cooperation with some of the world’s most talented, curious and courageous designers.